Whales – The Whale Louse, Delilah and Her “Son” Calvin

Imagine having these guys crawling over your head. Whale lice like this were on Delilah, a female right whale that was struck by a ship and ended up on a beach at Grand Manan Island in 1992. She is quite famous, since her skeleton was saved and now resides in the New Brunswick Museum in Saint John, NB. 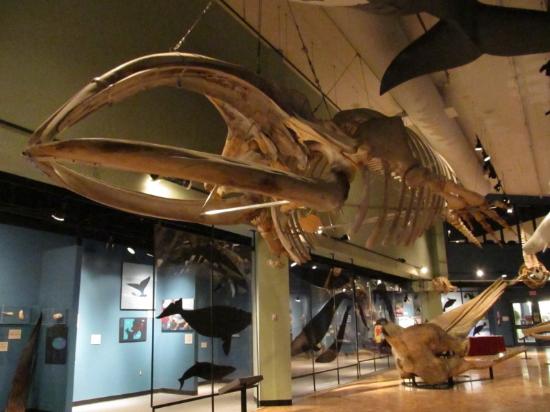 This photo of New Brunswick Museum is courtesy of TripAdvisor

Delilah was accompanied by a young “male” calf who was called Calvin. He was given slim chance for survival but surprised everyone by showing up alive in 2002, but with a rope entanglement around the mouth.

Three years later he showed up again but with a calf of his … ahh her … own. Seems someone made a mistake years ago and “he” turned out to be a pretty special little female whale still called Calvin.

Just do a search “calvin right whale” for more information.

The Whale louse is a parasitic crustacean of the family Cyamidae, the only family in the infraorder Cyamida. Whale lice are external parasites, found in skin lesions, genital folds, nostrils, and eyes of marine mammals of the order Cetacea. These include not only whales but dolphins and porpoises as well. (Wikipedia)