Archeologists call it “significant” and “interesting.” An Indigenous group calls it “exciting.”

An ancient hunting camp site has been found on part of the proposed Fundy Trail Parkway, between St. Martins and Fundy National Park.

Brent Suttie, the chief archeologist​ with the provincial government, said digging began after he found a small core fragment of quartz where a skidder had gone through. 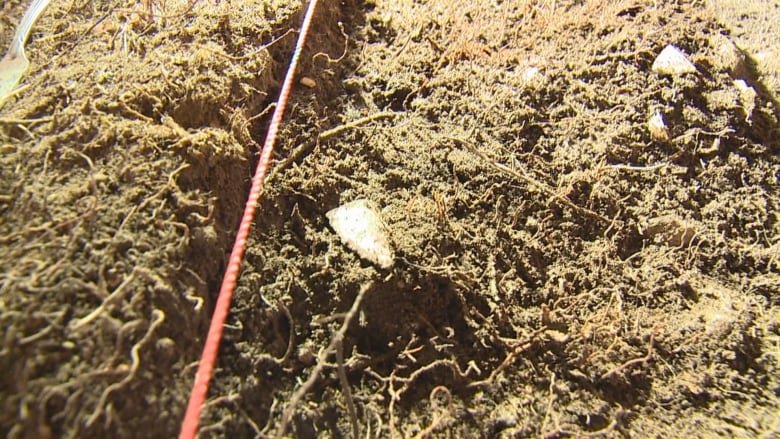 One of many side-notch projectiles, or dart points, uncovered at the ancient hunting site. (Graham Thompson/CBC)

Suttie said over the past 16 weeks, a treasure trove of artifacts has been unearthed on ridges overlooking a swale.

“The knives, the spear points, the projectile points, like arrow points and dart points. But then we also have the utilized flakes that people would have been using, we think, to process the meat. And then we have some roasting pits where it looks like people might have been smoking and preserving the meat,” said Suttie.

CBC News
Ancient hunting camp found on proposed Fundy Trail Parkway
It appears the site, to the east of St. Martins, was used continuously for 3,000 years or more.

“We also have some possible features here that might actually be meat caches and some storage pits,” he said.

The leading theory is that Indigenous hunters went there on a regular basis to ambush herds of migrating caribou.

“The river at this point is a natural ford,” said Suttie.

“It’s very deep upstream and downstream. Anything coming across here, the landscape naturally funnels it up through this little swale.”

Suttie said it’s the first time a site like this has been found in New Brunswick.

“It’s another affirmation of our presence here,” said Cecelia Brooks, director of research and Indigenous knowledge with Mi’gmawe’l Tplu’taqnn, a non-profit group whose members are the nine Mi’kmaq communities in New Brunswick. 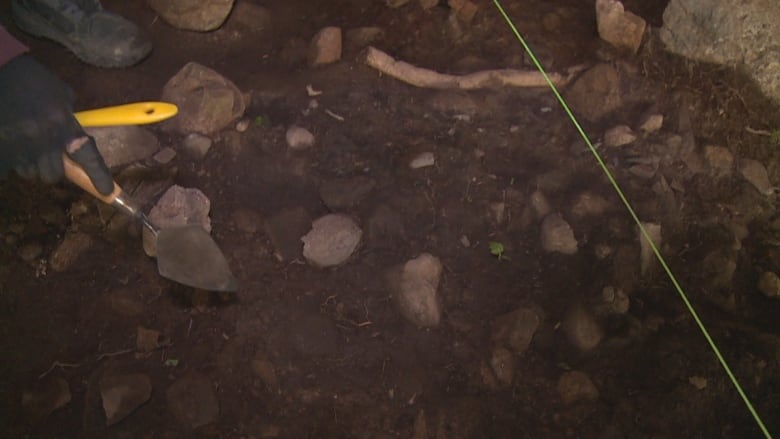 “It appears our ancestors were hunting in that area from that ridge. So, when the caribou would come down through that ridge they had a perfect, perfect spot for hunting them,” she said.

Brooks said based on the age of the found artifacts, it appears the site was used continuously for 3,000 years or more.

She said a rematriation committee would meet to decide what to do with the “hundreds upon hundreds” of items.

Read the full story at: https://www.cbc.ca/news/canada/new-brunswick/ancient-fundy-caribou-ambush-1.4868430?cmp=rss