Spending 10 years helping to protect Passamaquoddy Bay from several proposed LNG terminals, led to the accumulation of a lot of information on LNG and it’s not the environmental savior they say. If you would like to know more, check our documents at: https://www.scribd.com/lists/2705807/ENERGY-LNG 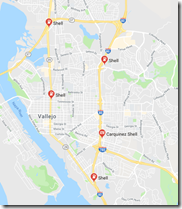 Since the current major discussion is about global climate change and the relationship to greenhouses gases from fossil fuels, we would like to critique the LNG situation at Saint John. Unfortunately, we have not yet been able to sort through available publications (see – Google search). However, since it seems we must immediately start changing our ways, we have presented for discussion here an extract from one of the documents we used during the Passamaquoddy Bay work; an edited analysis for Bechtel- Shell LNG plants in Vallejo, California for import-export terminals. While not directly comparable to Saint John, these figures will give an idea of the problems that are likely involved.

The Power Plant
According to Shell, the 900-megawatt power plant alone will release over 1,692 tons per year (that’s 4.9 tons per day!) of smog-producing, asthma-aggravating greenhouse gasses and cancer-causing toxic pollutants into Vallejo’s air.
The following represent some of the emissions from the proposed power plant:

These levels of contamination consider only the proposed power plant, and do not consider the transport ships, LNG offloading, regasification facility, dredging, pipelines, trucking, and/or accidents at the facility.

Marine Vessel Emissions
LNG tanker emissions and the emissions of other so-called “secondary sources” are a major health concern. So far, Bechtel-Shell have avoided any public discussion of the significant emissions from secondary sources, other than to say that they should not be regulated because they are not attached to the land, according to Shell’s David Thomson. Unfortunately there is no way to redirect emissions from the vessels downwind.

LNG Tanker Emissions
The LNG tankers are powered by huge steam turbines, which are fueled by LNG, diesel and bunker fuel. Shell’s David Thomson, a former LNG ship captain, stated that these tankers will burn 100 tons per day of fuel, three times per week during their 24-hour turnaround and offloading time. Diesel and bunker fuel make up 20 percent of that amount — 3,120 tons. The total fuel burned from the LNG tankers alone would be 100 tons per day, three days per week 156 days per year 15,600 tons per year

Emissions from Dredgers, Tugs and Coast Guard Security Vessels
Extensive and constant use of diesel-powered vessels will contribute significantly to the toxic emissions.  Along with the LNG Tankers, these vessels contribute so-called “secondary emissions”, which are not subject to EPA regulations, and use diesel, one of the dirtiest and most harmful of the commercial fossil fuels. Dredgers will contribute significantly to toxic emissions.

Bechtel-Shell Admit Marine Vessel Emissions Will Exceed Power Plant Emissions!
David Stein from the Bay Area Air Quality Management District addressing the City’s Health and Safety Subcommittee revealed that he had been given emissions data by Bechtel-Shell for one tanker and one tugboat, and that those emissions alone would exceed the power plant emissions!

Curiously, this is an underestimate of the actual emissions for the marine vessels because Bechtel-Shell left out the multiple tugboats, the coast guard escort vessels, and the constant use of diesel-fueled dredgers.

Diesel Risks and Lack of Regulation of Marine Vessel Emissions
There are no standards for foreign-flag vessels entering U.S. ports — all LNG ships are foreign flag. The EPA recognizes that marine vessel emissions are a major concern and is currently proposing regulations that would require all future marine vessels built in the U.S. to comply with emissions standards. Diesel particulate matter is a huge modern health problem, accounting for “70 percent of the total toxic risk to Californians from air pollution,” according to the Bay Area Air Quality Management District. Diesel has recently been added to California’s Proposition 65 hazardous substance list, and garnered attention after the release of studies in early 2002 confirming that diesel’s toxic particulates cause lung cancer and other respiratory diseases.